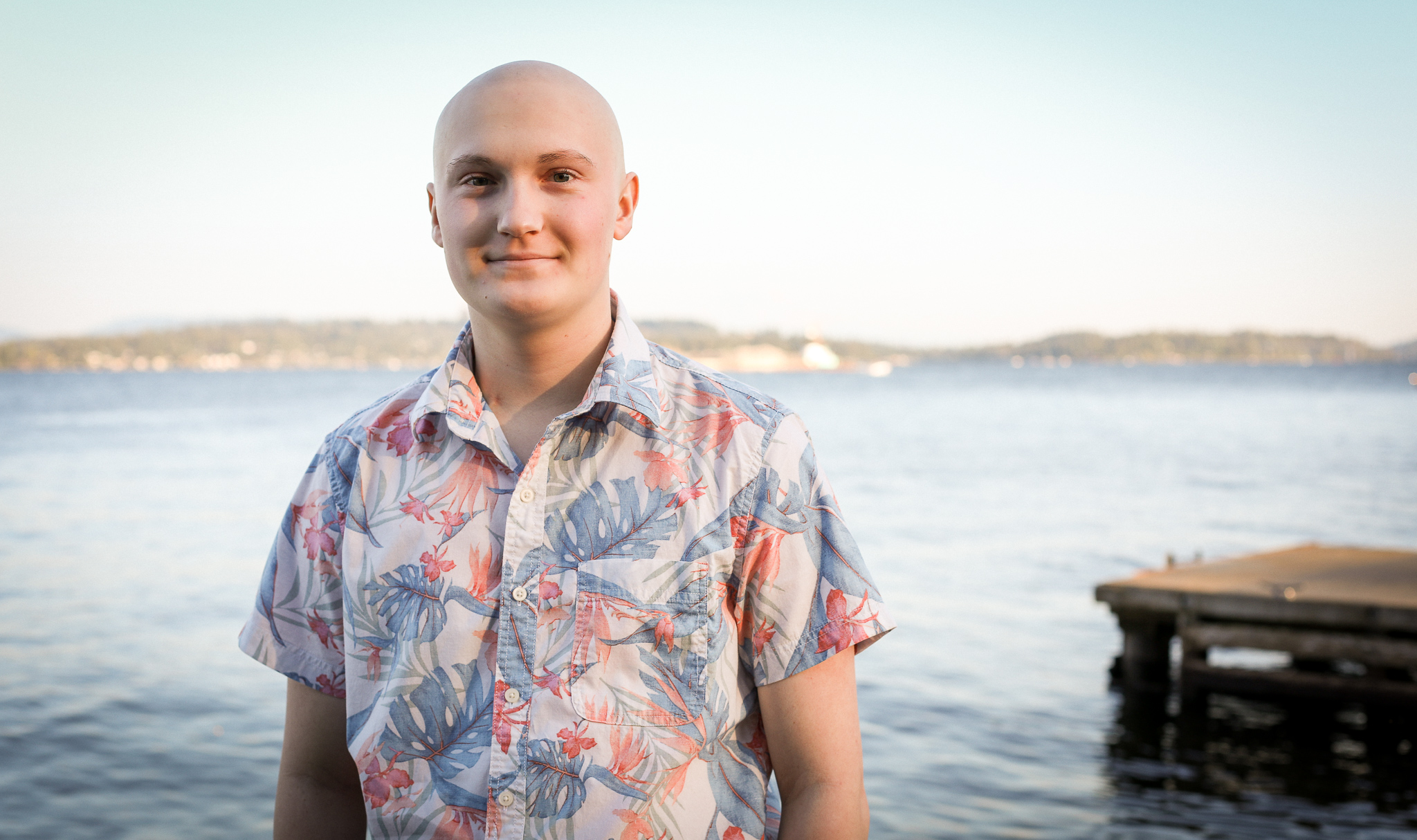 In September of 2021, Owen Boyle and his younger brother Hugh (Huey) attended a soccer game at Cheney Stadium in Tacoma, WA, to watch the Tacoma Defiance play. The two brothers, each aspiring soccer players from Fairbanks, Alaska, watched Obed Vargas, an Alaskan native and the third-youngest player to start a game in the MLS, sprint across the field. The soccer game was a fun activity the family could experience together between Owen’s soccer tournament matches in Seattle that summer.

Owen’s passion for soccer started in first grade, and when he was old enough, he began playing for club teams that traveled to different states to play. Then during that September tournament, Owen broke his foot. At the time, it just seemed like an unlucky turn of events. He was placed in a walking boot, but after several months and physical therapy, specialists became concerned it wasn’t healing normally. His CT scan raised even more questions and concerns, so Owen’s doctor had him flown to Seattle Children’s Hospital for a biopsy. Within a week, it confirmed that it was Ewing’s sarcoma, a rare form of cancer that most often occurs in and around the bones.

Doctors believe that Owen either broke the bone and cancer started forming, or it was already there, and breaking his foot revealed  the disease. “It’s kind of like what came first? Cancer or a broken foot?” Owen said. “We still haven’t gotten an answer.”

His doctors let him fly home for a week to pack and spend time with family and friends before returning to Seattle, where he is expected to reside for the next 8-10 months for chemo treatments and surgery. Surprisingly, this is not the first time the Boyle family has stayed at a Ronald McDonald House. When Huey was two years old, he had a severe case of eczema and was sent to the Mayo Clinic in Minnesota to use their specialized inpatient eczema program and the family stayed at the Rochester RMHC. “Ronald McDonald House has been there for us for two really tough times in our life,” Shannon, Owen’s mom, said.

June 2010, Hugh sits on his mother’s lap with his grandmother, Roberta Boyle. This is the second time the Boyle family has called a RMHC home.

Since Owen’s diagnosis in late May, the Boyle family has been confronted with expensive plane tickets, lodging, and doctor appointments. Thankfully, a room opened up at RMHC a week after their arrival. “When we first got here, I remember looking at Shannon and seeing her have this overwhelming sense of relief. You could just see her shoulders fall,” Mark Boyle, Owen’s dad, said. “I plan to come up every month for about a week, which will get exponentially harder to do just based on logistics. We are so fortunate that we kind of have an end date. His cancer is localized in one bone. We just gotta get through it.”

Mark and Huey will fly back to Fairbanks, while Shannon stays with Owen for the remaining months. Owen’s prognosis is strong but it comes at a heavy cost; Owen will lose his foot in order to stop the cancer from metastasizing. Words from his dad have helped keep his spirits up and focused on happier plans ahead.

“Set a goal for the end, basically like something that you’d like to do,” Owen said. “I’m looking forward to going back home right now and getting back into better health.”

Your support helps families like Owen’s at a difficult time in their lives. To learn more about how to get involved, visit our Donate or Volunteer pages!