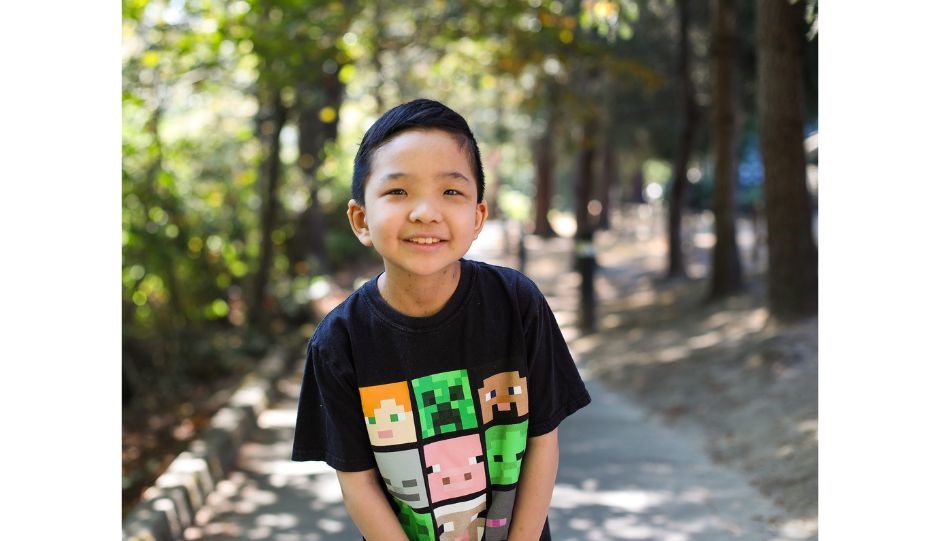 Nine-year-old Nelson ran around his school when he had an unusually sharp pain in his leg, alarming his parents. Arriving at their local hospital in Honolulu, HI, blood work revealed that Nelson had acute myeloid leukemia, a rare type of blood cancer not typically found in children.

The next few weeks would be filled with waiting rooms, doctor appointments, and testing. In December 2020, Nelson started chemotherapy treatments in Hawaii, but once his doctors determined he also needed a bone marrow transplant, his insurance plan instructed their family to transfer to a larger hospital out of state or risk medical costs not being covered.

For the last two years, Nelson has been flying back and forth for his cancer treatments and has stayed at the Seattle RMHC three times. Currently, he is back in Seattle receiving infusion treatments at Seattle Children’s Hospital to boost his T-cell count with the hopes of returning home in three weeks.

A safe place to stay

For Guy Muraoka, Nelson’s father, after choosing where Nelson would get medical treatment, their next concern was finding long-term housing. Luckily, they were able to get a room at Ronald McDonald House.

Throughout Nelson’s stays, he has encountered complications and, at times, has had mobility issues and been bedridden.

“I couldn’t imagine doing this in someplace like a hotel or anywhere else,” Guy said. “To leave him alone for any period of time was very worrisome. And having facilities like a pantry or the meal program to get food and laundry facilities near to our room has been a huge relief.” Because Nelson has needed treatments over an extended period, his parents have to take turns with who gets to fly to Seattle to care for him while the other parent stays home to care for their other son.

Unfortunately, there hasn’t always been room at RMHC, and during one of his treatments, his mom had to stay at a hotel. “My wife had such a difficult time being in a hotel,” Guy said. Hotels are designed for people with flexible schedules on vacation, not sick children. The restaurant hours conflicted with Nelson’s treatment times; some days weren’t open at all, and their hotel room, which advertised having a stovetop, wasn’t working. For single parents navigating the world with a sick child, or an immobile child, little disruptions can quickly become overwhelming.

“Having a child diagnosed with cancer is hard and puts a strain on the entire family,” said Guy. “Because his treatments have to be in Seattle, we have been apart for months at a time. The kids would always see us, but my wife and I would just see each other in passing. At one stretch, it was almost an entire year.”

Despite medical complications and numerous hospital visits, Nelson is resilient and acts like any other kid, excited about games like Pokemon, Minecraft, and playing card games such as Exploding Kittens. Every day he’s getting stronger and regaining his mobility, walking up flights of stairs and going on walks with his dad.

“He’s stronger than I could ever imagine to be,” Guy said. “Through it all, he’s always been positive and happy.”