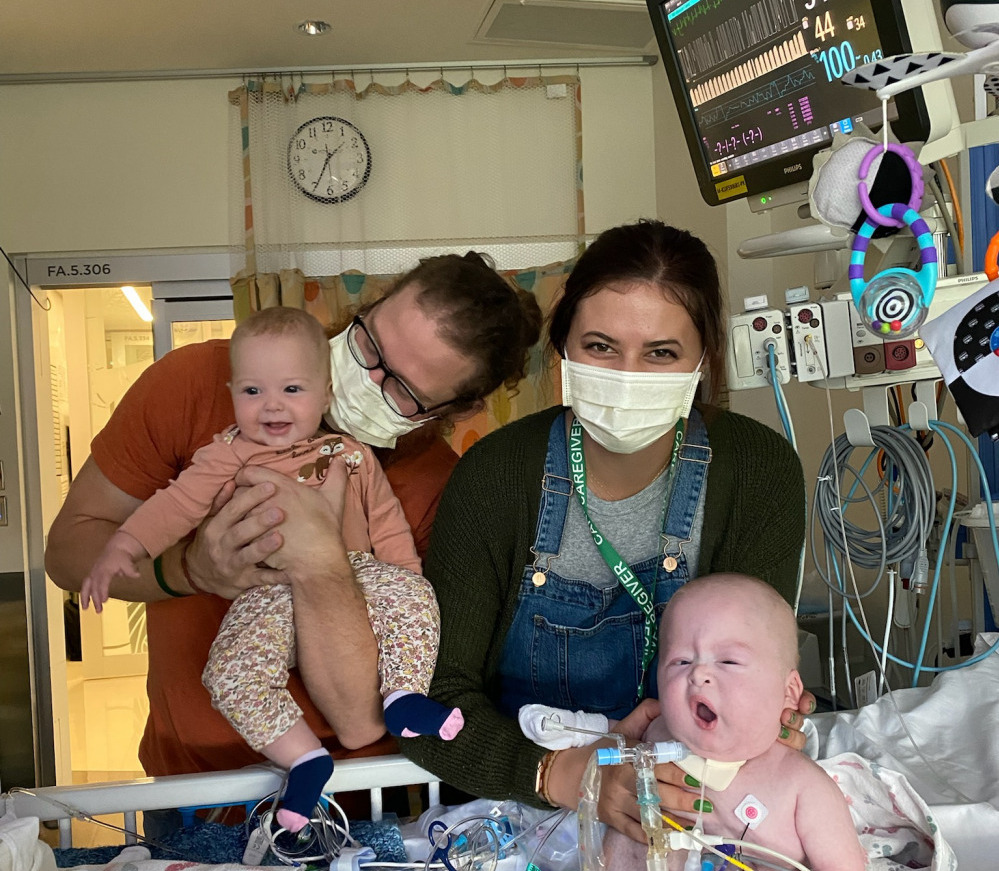 At their hometown Hospital in Pocatello, Idaho, Chase, and his partner, Karina, learned that they were expecting twins. Sadly, the surprising news was shrouded by uncertainty for the young first-time parents when ultrasound imaging detected an abnormality with one of the babies.

After further testing in Salt Lake City, specialists informed them that their unborn baby boy had a rare fetal condition called lower urinary tract obstruction (LUTO). Sometimes called keyhole bladder, LUTO can cause severe complications and damage to the kidneys and lungs due urine not leaving the bladder.

Doctors told Chase and Karina that their son, Jordan, wouldn’t survive through pregnancy; if he did, he would pass shortly after birth. Determined to give their son the best odds, the young parents packed their bags and traveled hundreds of miles for medical intervention at Stanford University Medical Center in California. “We spent like a month and a half in Airbnb’s, which was hard because they weren’t close to the hospital,” Chase said.

The new parents hit the road again and drove hundreds of miles to Seattle Children’s to receive the specialized medical care their son needed to be healthy. Tired and in an unfamiliar city, the Ronald McDonald House was recommended as a possible solution for their housing needs, and a room was available for them.

“We’re very fortunate to stay here,” Chase said. “It would be incredibly unaffordable and almost impossible for my partner to even come see us because of our situation.”

Now that Jordan is older, they hope to transfer him to Salt Lake City Children’s Hospital. Their family will be able to be closer together as he receives specialized care and waits for a kidney transplant. “He’s made it past eight months, which is something one of the doctors said he wouldn’t see,” Chase said. “He’s very strong. For whatever reason.”

Every day is a new milestone for Jordan, some days more challenging than others. Chase said, like all babies, Jordan loves watching his mobile spin and sucking his pacifier. Chase reads to his son daily, arriving at the Hospital at 12:00 p.m. and leaving later that night around 10:00 p.m. “I’m reading him The Alchemist right now because I ran out of children’s books to read,” he said.

For now, Chase and Karina anxiously await a phone call from Salt Lake that their transfer has been approved. There aren’t any rooms available, but they are optimistic something will open up soon.

“Even though he may be in the Hospital, I think he’s just the coolest kid. It sucks, the situation we’re in, but I’m so happy to be their dad,” He said. “He’s eight months old. And I’m like, “‘Dude. You’re so strong. We just gotta get home, and then we have the whole world ahead of us.'”