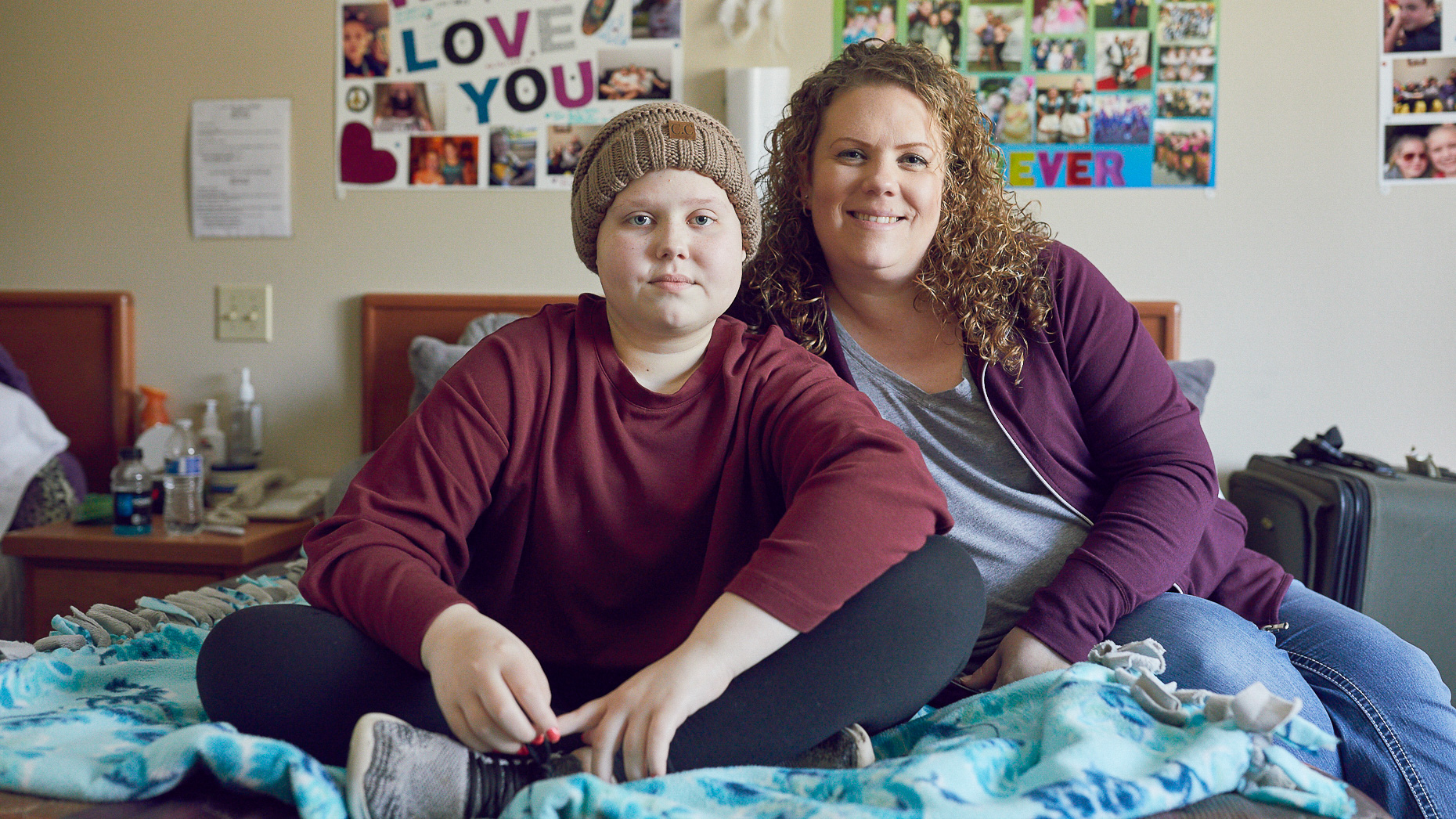 The 2019 Hockey Challenge will be held on Saturday, February 23! Click here for more information and to purchase tickets.

This year’s Hockey Challenge Kid Captain is Hailey. Last August, she had just turned thirteen and her biggest concern was going back to school. She’s a ballet and tap dancer, and she was excited to start practicing again after summer break.

But a few days before school started, she came down with a terrible cough and a fever. At first, her doctors thought she had bronchitis. But when the symptoms persisted, she went in for further tests, which revealed that Hailey had an enlarged heart due to lymphoma.

Hailey and her mom, Jessica, immediately packed a bag and headed from their home in Yakima to Seattle Children’s Hospital. “We had no idea what to expect,” says Jessica. “We didn’t know where we were going to stay or how long we would need to be in Seattle. We just felt so lost.”

Hailey’s treatment would require her to be in Seattle for at least eight months. Luckily, soon after they arrived in Seattle, a room opened up at the Ronald McDonald House. “When we came for a tour, I just got so emotional,” says Jessica. “I had no idea that a facility existed with these sorts of resources.”

Now that they have been here for a few months, Hailey and Jessica have fallen into a routine. They spend their time playing cards, knitting, and hanging out in the common spaces at the Seattle House. On the weekends, Hailey’s father and sister drive over from Yakima. And Hailey has even been able to attend sporting events using tickets donated to the House.

Hailey still wants to get back to her school, her best friend Ava, and her dancing. But she and Jessica are grateful for the stability that the Seattle House has given them during treatment. “This place provides everything you need so you can focus on what’s important – your child’s health,” says Jessica.

Hailey will drop the puck at the 2019 Hockey Challenge on Saturday, February 23 at the ShoWare Center. Learn more at this link!