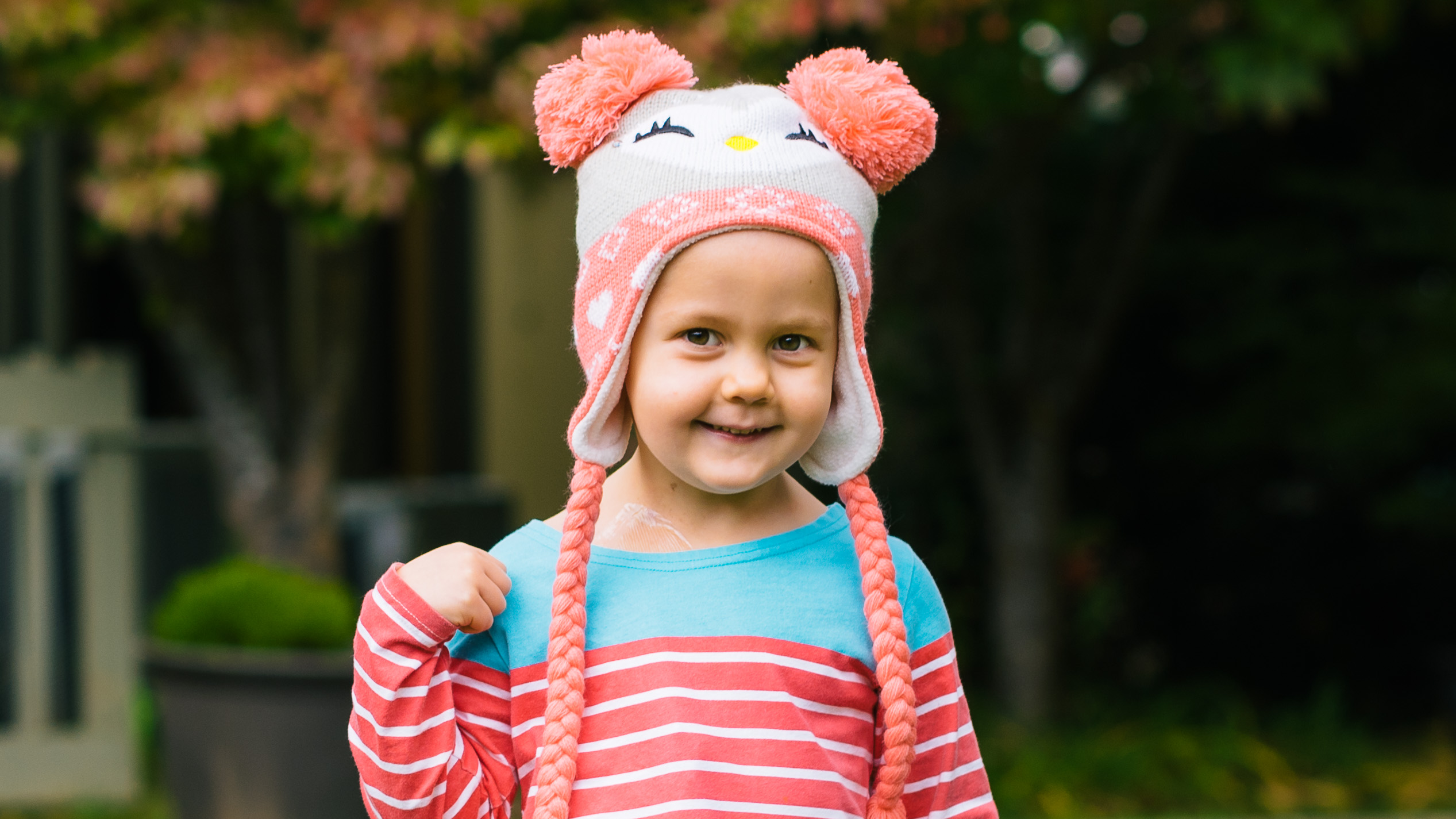 Three-year-old Tessa loves dancing, the color pink, and telling jokes. She’s the youngest of three children, and compared to her older siblings, she was an easy infant.

“We called her the dream baby,” says her mom, Sara. “She only went to the doctor for her wellness checks; she slept through the night from eight weeks on. She was always just the healthiest child.”

That’s why it was unusual when Tessa began to complain of stomach pains throughout this past summer. Over the course of a few visits, her doctors offered different theories: perhaps a milk allergy, a bad reaction to some antibiotics, or a digestive issue. But no matter what they tried, the stomachaches continued.

Eventually, Tessa had an ultrasound – and the technician spotted something concerning on the scan. An hour later, the family was on their way to Seattle Children’s, where it was confirmed that Tessa had high-risk neuroblastoma, an aggressive form of childhood cancer.

The treatment for Tessa’s cancer would take 15 months, so they decided that Sara’s husband, Jeremy, would remain in their hometown of Ferndale with their two other children. Sara and Tessa would stay in Seattle for treatment – but where would they live?

Sara researched a few options. “I looked around and thought, what about this basement apartment? Or this short-term rental?” she says. “But none of them really felt right.” So she reached out to a few other moms whose children had fought cancer, and a clear consensus emerged: the Seattle Ronald McDonald House.

“Everyone recommended it because of the proximity to Children’s, the meals, the laundry, and all the things that they’ve thought of to make it an easy place to stay,” she says. Luckily, a room opened up just as Tessa was finishing her first round of chemotherapy.

Tessa’s treatment often leaves her feeling drained, so on the days that she’s not feeling great, the pair retreats to their room at the Seattle House to ride out the symptoms. But between rounds of chemo, Tessa loves to play on the playgrounds, attend the preschool put on by Side by Side, and explore the trails and parks that surround the Seattle House.

The community at the Seattle House has also been a source of comfort for Tessa and Sara. “I don’t have to explain anything about Tessa’s condition when I’m here,” says Sara.

“When she first lost her hair, it was so amazing to not need to tell every stranger why she looked like this, and for her to see other kids that look like her as she goes about her day.”

“Ever since the first day we moved in, this place has been a blessing,” she says. “The staff is so helpful and everyone has been so great about thinking through what families need. I can’t think of any place better for us to be.”

Depending on her treatment schedule, Tessa may not be able to spend the holidays at home with her family. It will be hard on her family to be separated on Thanksgiving or Christmas, but they won’t be alone: the Seattle and Anchorage Houses will be full of families like theirs this holiday season.

Your support helps families like Tessa’s at a difficult time in their lives. To learn more about how to get involved, visit our Donate or Volunteer pages!