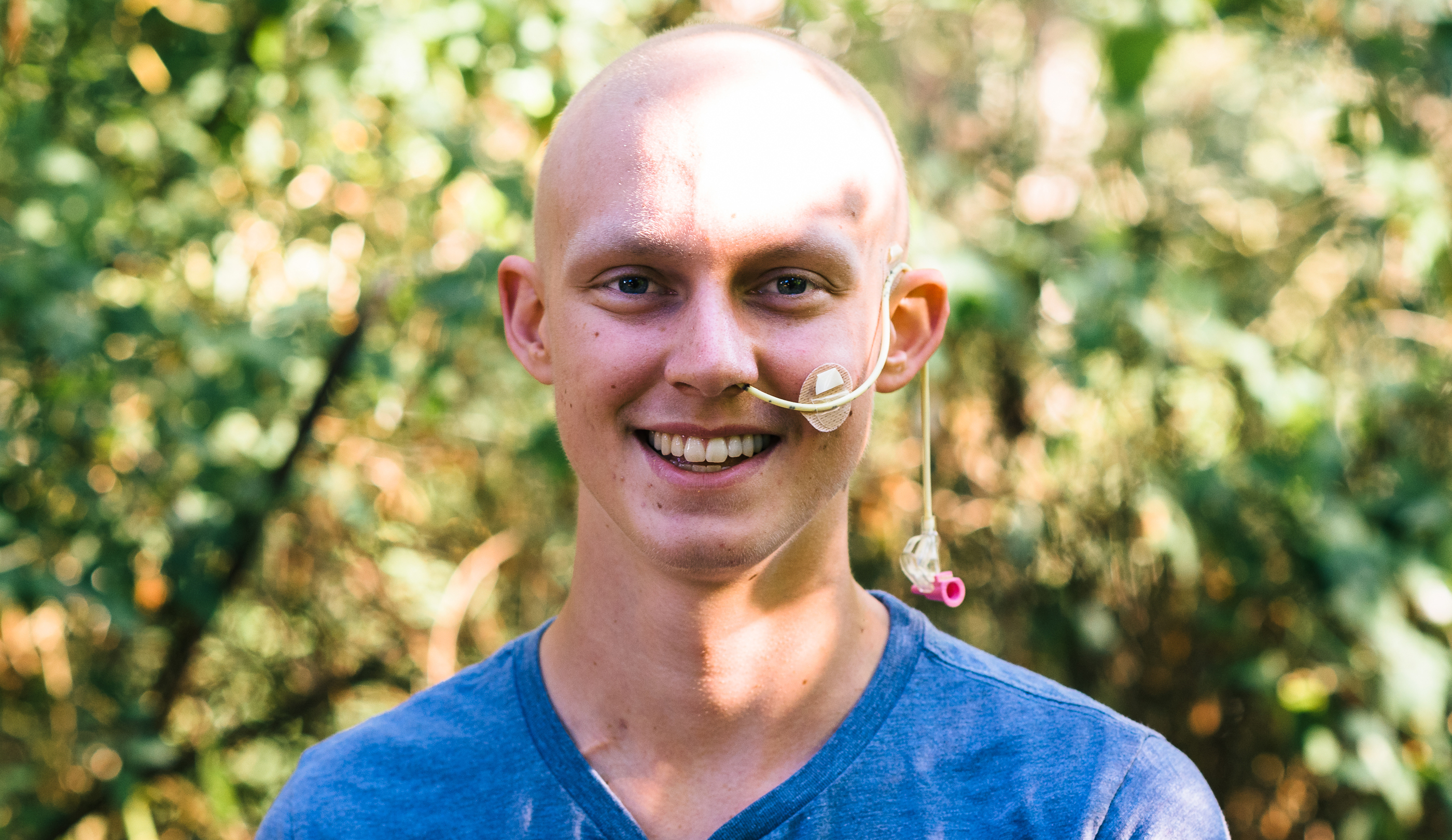 When 2017 began, Curtis was just starting his senior year of high school. He spent his spare time skateboarding and hiking the forests around Sequim, his hometown. He had a part-time job in landscaping and volunteered with the local Fire Explorer program; he was considering becoming a firefighter after graduation.

But throughout the spring, he started to have odd flashes of pain. At first, he chalked it up to his active lifestyle and landscaping work, but the episodes were unsettling. He’d wake up in the middle of the night, drenched in sweat, with sharp pangs coursing through his back. Over time, the pain worsened and spread into his leg, causing spasms and numbness.

Finally, the pain became unbearable and he went to an urgent care clinic. That started a month of tests and uncertainty as various doctors tried to figure out whether he had cancer or a bone infection. “The scariest part was the unknown,” he says. “How serious is this? We had no way to know.”

Finally, the diagnosis: Curtis had Hodgkin’s Lymphoma. He was admitted to Seattle Children’s to start chemotherapy and checked into the Ronald McDonald House in Seattle.

At eighteen, Curtis was older than most other residents, and he struggled at first with how much his life had changed. “There were a lot of things I couldn’t do anymore,” he says. “I was away from home. I couldn’t even go out to skate without feeling sick.”

But the community around Curtis came together to help and support him. His family and friends took turns staying at the House with him in shifts. His high school in Sequim helped him finish his studies and attend prom and graduation. (Curtis lost his long blond hair after starting chemotherapy, so he wore an exaggerated mullet wig to graduation; when the ceremony ended, he threw both the cap and wig into the air.)

Curtis also quickly became friends with many of the staff, volunteers, and families at the Seattle House. He became a fixture at the evening meal programs and befriended many of the other residents there.

“This place is amazing,” says Curtis. “Everyone tries so hard to make this an environment where you feel comfortable and safe.”

“It’s amazing how many ways the House finds to support people,” says Kathi, Curtis’s aunt, who has stayed with him often during his treatment. “They provide so much: rides back and forth, food. So many of the little things that you need during this kind of crisis.”

After going home to Sequim, Curtis will take some time to catch his breath. “I think I’m going to chill for a second and figure out what to do with my life,” he says, laughing. He still wants to become a firefighter, so he plans to start his studies sometime soon.

But he won’t be done with the Seattle Ronald McDonald House: he plans to come back to the House to volunteer and provide support to families who are struggling with diagnoses similar to his. “I know what it’s like to stay here,” he says, with a shrug. “So I know how much these things matter.”

Our donors and volunteers help us support people like Curtis. To find out more about how to get involved, check out our Donate and Volunteer pages.