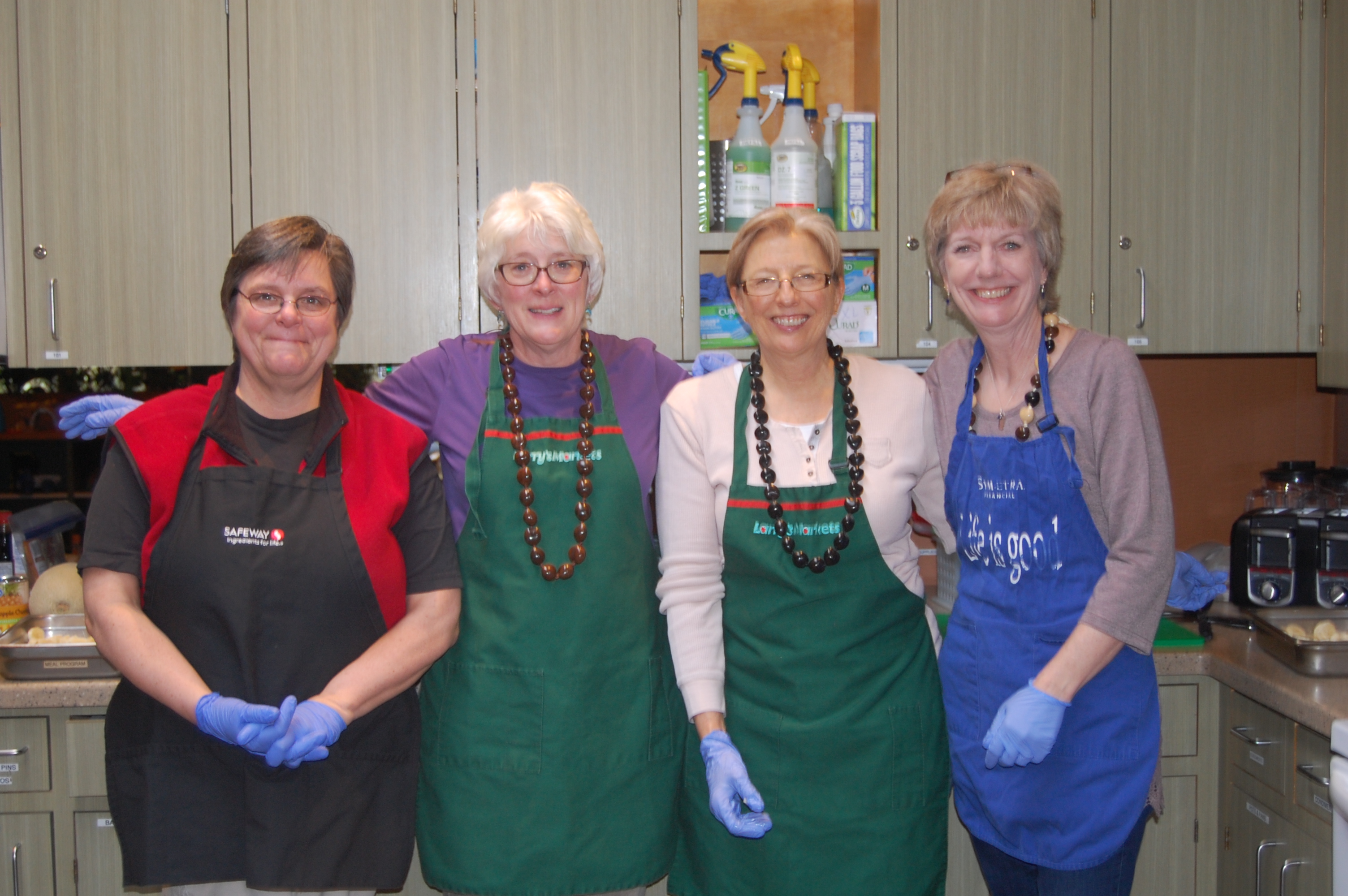 Going to the grocery store and preparing meals are part of the weekly tasks for families. But imagine adding these tasks on top of caring for a very ill child, administering a complicated medicine schedule, communicating with doctors and nurses regularly and making sure the rest of your family is cared for. Everyday tasks become overwhelming. That’s where volunteers like Janet Stocker and the volunteers from the Snohomish Valley Crew come in.

“I felt it was my time to do something to give back,” says Janet. “I know it’s 100% appreciated by those we serve. When you come here and volunteer, you have no doubt that you’re doing something good.” Last August, Janet and three of her longtime friends who love to cook and eat got involved with the House. Once a month, they plan their meal, purchase the ingredients, and prepare dinner at the House for RMHC families. “A basic meal goes a long way,” says Janet. “You’ll see parents here who are carrying so much stress, yet they are so gracious and thankful for a meal. It is wonderful to be able to serve them.”

Janet has been struck by the House’s homey atmosphere. “Kids will eat dinner and then when they get done, will run around the play area next to the kitchen. They might be bald or have a chemotherapy tube, but they don’t even think twice about that here. It’s just home,  where they can take the cushions off the couch and make a fort,” Janet explains. “Being able to see kids having the freedom to play, seeing families feeling safe – it’s truly a special place.” The House provides rooms for 80 families every night and is open to families regardless of their financial situation. Having the stability of a place to stay, volunteer-provided meals, and their basic needs met helps families feel grounded while their child goes through treatment.

Janet adds that putting together a meal is easy, thanks to the staff at the Ronald McDonald House. Because the House is home for many kids who have compromised immune systems, Janet’s group was given guidelines for keeping everyone safe while preparing a meal. Having the extra support meant a lot.  “The staff made our first meal night a piece of cake,” says Janet. “They even have menus and recipes that you can find online, so you don’t have to stress about what to make!” She encourages anyone interested in the program to learn more at the organization’s website.