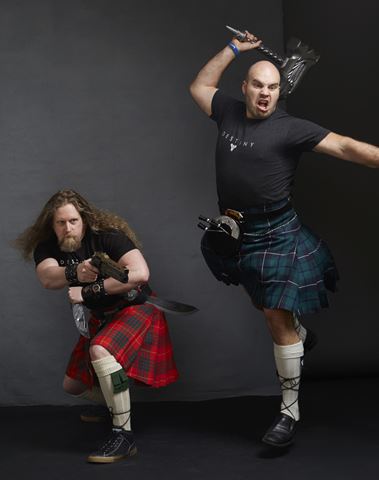 One Man in a Kilt’s Perspective

Men in Kilts happens every year – this year we kick off on April 12th! A long time competitor for Team Bungie, Mark Fleig chatted with us about his experiences.

“The Bungie Foundation focuses on giving back to our community wherever, whenever, and however we can, particularly to youths,” says Mark. “I’m honored and humbled to represent such a giving community.” Since he loves any excuse to dress in costume, he’s participated in Men in Kilts every year since it began six years ago. “The Men in Kilts fundraiser represents an incredibly fun and rewarding opportunity to raise funds for those in need while meeting like-minded individuals around the area,” he adds.

While he’d welcome your vote this April, he notes that “I’m more interested in increasing our community awareness, visibility, and participation than whom they choose to support, as it all goes to the same cause. Vote for me, or against me…either way, vote!”

Men in Kilts happens April 12th-28nd this year and each vote is a $10 donation to RMHC. All voting takes place online at: http://meninkilts.rmhcseattle.org/. May the best man win!