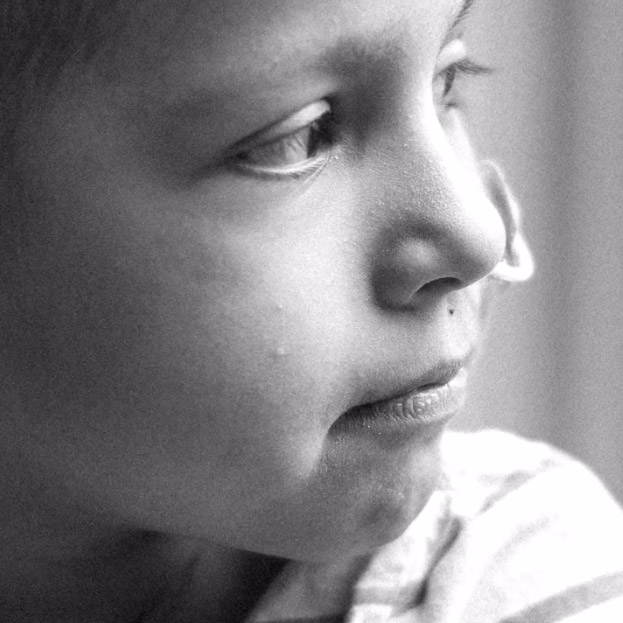 Itzie’s zest for life has always been appreciated by her family. Prior to the beginning of her battle with leukemia, she was always the first one in the household awake, rising at 6am to get ready for school. An avid reader, she also liked to play teacher every day after school, happily settling her dolls in for some inspired instruction. Enthusiasm for learning and a lively imagination were simply a part of her personality.

When Itzie’s mom, Adriana observed changes in her daughter’s behavior, she became concerned. “She stopped waking up in the mornings. I’d see her try to read and then set the book down. She’s start to play and then stop to rest,” remembers Adriana. Worried, Adriana tried to get an appointment with their pediatrician located in the small town of Zillah in eastern Washington, only to be told the next available appointment was a month away.

When Adriana noticed a swelling of Itzie’s belly, she decided she’d waited long enough and brought Itzie to the emergency room. They too resisted seeing Itzie at first, but Adriana persisted. When Itzie was at last seen by a doctor, it wasn’t long before Adriana was told, “Mom, you were right to be concerned and frustrated. Your daughter has cancer.”

That is how, in late March of 2013, the family found themselves uprooted from Zillah and living in Seattle. Told the treatment protocol would last over a year, the family needed a place to stay that was near the hospital. With no room at the House, the family was forced to live in a dingy apartment near downtown, a gritty experience especially uncomfortable for the family from a small, rural town. With car payments to make and bills to pay, their financial situation was also becoming untenable.

When at last a room opened at the House, the family moved in with deep gratitude for all it offers. “We are amazed at the amount of support left and right,” Adriana starts. “Being shown a pantry of food, seeing volunteers everywhere, not having to pay $50 to do laundry, the dinners…” she shakes her head with a smile.

Itzie’s dad Mario adds, “I was surprised about how large the House is, and by all that they have for the kids. Everything from the playroom downstairs to the den and the library – it’s all so comforting. It puts us more at ease, because we were really stressed.”

The family will begin again from scratch when Itzie’s treatments are finished, hopefully sometime this August. In the meantime, the family appreciates what they have, including the days when Itzie feels well enough to ride her scooter, in the downstairs playroom of the clean, safe House.