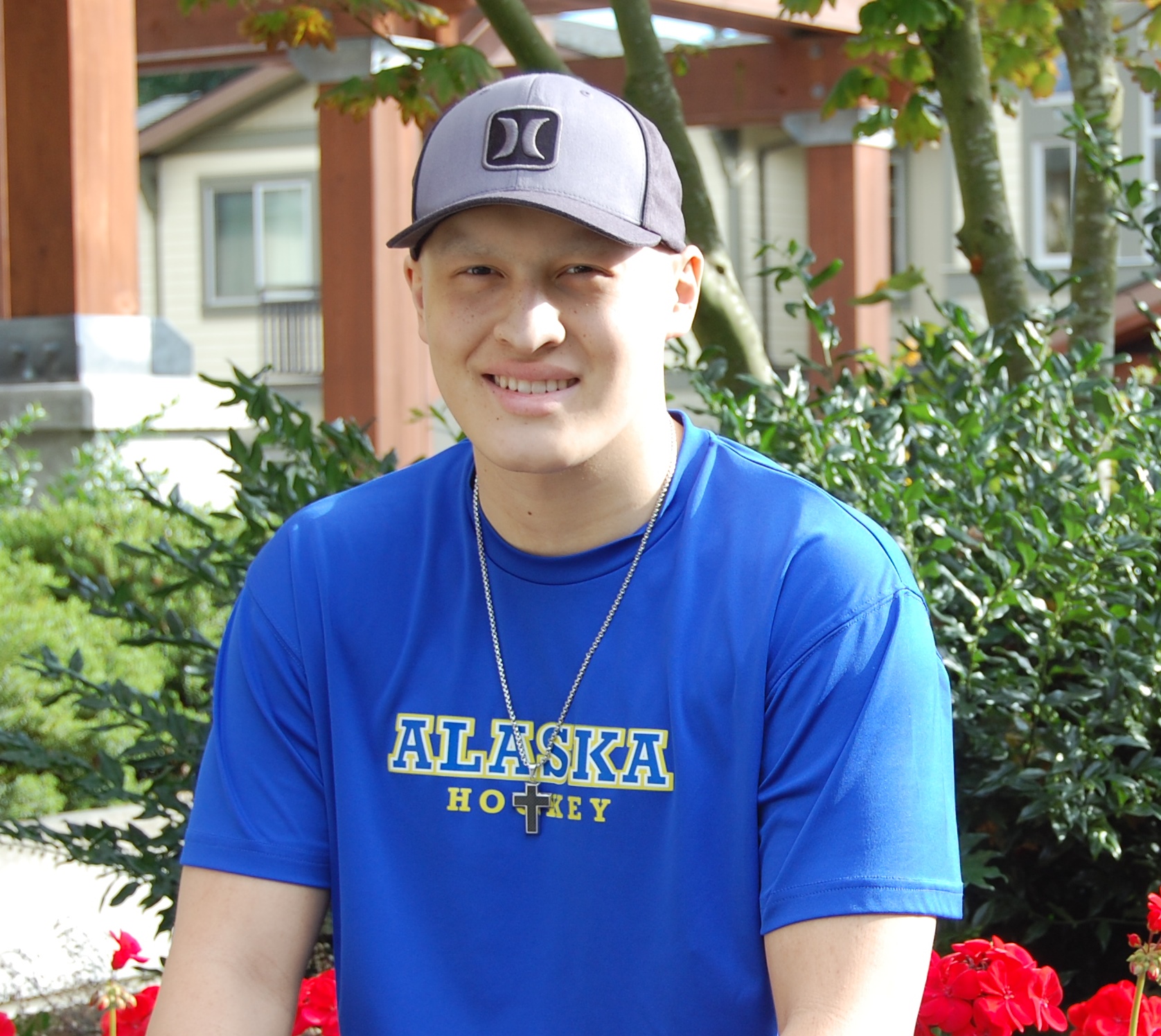 A strong hockey player, 20 year old Justin was attending the University of Alaska, Fairbanks on scholarship when his physician decided to remove a bothersome cyst from his knee. The cyst had been nothing more than a nuisance for awhile, but since it caused pain if it got hit during play, everyone agreed it should be removed.

A biopsy, undertaken as a mere formality, delivered startling news. Justin was diagnosed with Ewing’s Sarcoma, a rare bone cancer most often found in children and adolescents. Treatments began that weekend and the family was directed to Seattle Children’s for the best care.

The first few days in town, the family had to stay in a nearby hotel, giving them a glimpse of the various challenges of trying to manage serious illness so far away from home. Fortunately, three days later, a room became available in the House.

To care for Justin and maintain their lives over the expected nine month treatment plan, Justin’s mom, Marsha, has taken a nine-month leave from her job. Dad, Scott, stays in Alaska to work and care for Justin’s younger sibling but flies the 1,500 miles down to Seattle as often as he can to visit. Marsha says the House has been a huge blessing financially. “It’s not even just being able to stay here,” she notes, “but the meals, the laundry, being so close to the hospital also.”

While undergoing treatments, Justin plugs away with online classes to keep his schooling on schedule as much as possible. Categorized by his University as a medical redshirt, he hopes to keep his athletic scholarship in place until he is well enough to get back on the ice with his team. He approaches his battle with cancer in the way of a true athlete, reminding himself to “stay positive no matter what and be thankful for what you have.”

Living far from home, friends and regular activities isn’t easy for anyone, especially teenagers, so Marsha and Justin are particularly grateful for the various outing and free tickets offered to families at the House by volunteer van drivers and organizations like the Seattle Mariners. In between hospital visits (stays?), the mother and son duo hone their ping pong skills in the downstairs play area of the House. “I am never going to beat him!” Marsha says with a hint of mock exasperation.

Asked what they will probably remember most about their time spent living at the House, Marsha immediately mentions the volunteers. “All the volunteers are so helpful and nice. It is very humbling to witness the work of so many volunteers. It’s really made me think outside the box about volunteering; that it can be more about just your immediate concerns, but to really and truly help people you don’t even know.”